This collection documents the artistic legacy of Jane M. Marshall. Marshall is a noted composer and conductor of sacred choral works. She is also a respected music educator and poet. Marshall has served as the organist and choir director at Northaven United Methodist Church in Dallas, taught in the public schools, and held the position of adjunct professor of church music conducting at Southern Methodist University. The Jane M. Marshall papers include copies of published anthems and hymns, songbooks containing her tunes and texts, and documents detailing the development and use of her compositions. Extent: 4 boxes (2.25 linear feet) [Boxes 1941-1943A, 1946-1951]. Collection STA 49.

The W. B. J. Martin papers at Bridwell Library comprise one linear foot of sermons and other ministerial papers of the Rev. Dr. William Benjamin James Martin, Pastor of First Community Church United Church of Christ in Dallas, Texas from 1961 until 1976. Dr. Martin served Southern Methodist University’s Perkins School of Theology as visiting professor of homiletics from 1959 to 1961. Extent: 1 box (1 linear foot) [Box 620 A]. Collection STA 43.

The William C. Martin papers document the life and career of a twentieth-century Methodist minister who was elected to the office of bishop in 1938 and served as President of the National Council of Churches of Christ from 1952 to 1954. The collection includes office files, correspondence, sermons and other public addresses, diaries, photographs, artifacts, and research materials on the lives of Methodist bishops. Extent: 95 boxes (50 linear feet) [Boxes 163A-209B and 2016A-2017]. Collection MSA 13.

Rev. Walter K. Rucker was a graduate of Southwestern University and a minister in the Northwest Texas Conference of the Methodist Episcopal Church, South (admitted on trial in 1899; admitted in full connection in 1901). In 1900 he married Olivia McLean, daughter of Dr. John H. McLean (1838-1925), presiding elder in the North Texas Conference. In 1904 Rucker served as president of the Blooming Grove Training School in Corsicana. This collection comprises two items: Rev. Rucker’s pastoral records book (1901-1903) and a book of Psalms bearing a circa 1922 gift inscription to John McLean Rucker by his grandfather, Dr. John H. McLean. Extent: 1 folder (.1 linear foot) [Box 1940A]. Gift of Anne Rucker, 1974. Collection MSA 128.

This collection consists of a scrapbook containing newspaper clippings, other printed items, and a few manuscript and typescript documents dating between 1880 and 1917. Most of the materials in the scrapbook were written by or about the Rev. John H. McLean, D.D. (1838-1925), who was a minister in the Methodist Episcopal Church, South, a regent of Southwestern University, and the manager of the Texas Methodist Orphanage. Extent: 1 box (1 linear foot) [Box 1283]. Acquired. Collection MSA 113.

Collection on Methodism in North America

Collection on Methodism in the United Kingdom and Ireland

The letters, images, and other documents in this manuscript collection were created or received by Methodists who lived in Great Britain, Ireland, Scotland, and Wales. Materials in the collection date from 1740 to 1917. Extent: 3 boxes (3 linear feet) [Room 228A manuscript shelves]. Acquired. Collection BridColl 11. Note: Contact Arvid Nelsen for assistance accessing this collection.

This collection includes more than 750 printed and signed class tickets issued by British, Canadian, and American Wesleyan bodies between 1773 and 1914. Accompanying the tickets are two annotated class leader books, a printed circuit plan removed from the back pocket of one of the class leader books, and a folder of Ryle family correspondence that is associated with the largest set of tickets. From the 1740s until the early twentieth century, quarterly class tickets served as credentials verifying that the recipients were active members in good standing. Non-ticketholders were excluded from Wesleyan Society activities. Extent: 1 box (.5 linear foot) [Box 571]. Collection BLA 31.

Reports and booklets produced by the General Board of Education of the Methodist Church and the Commission on Christian Higher Education between 1951 and 1967. Extent: 1 box (.5 linear foot) [Box 1784B]. Acquired. Collection MSA 43.

This collection comprises five boxes of business correspondence and curricular materials generated by the Correspondence School of the Methodist Episcopal Church, South. The Correspondence School was founded in 1902 as a denominational training program for ministers based at Vanderbilt University in Nashville. In 1918 the school was divided into two regional programs, one at Emory University in Atlanta and the other at Southern Methodist University (SMU) in Dallas. Extent: 5 boxes (2.25 linear feet) [Boxes 1873A-B and 1874 A-C]. Transfer, SMU Archives, 1987, 2011. Collection MSA 42.

The glass lantern slides in this collection were produced by the Methodist Episcopal Church, South, as visual aids for promoting the denomination’s international and domestic missionary work. These hand-colored slides feature images of Brazil, Cuba, Korea, Russia, Florida, Kentucky, Louisiana, and Virginia. All slides were produced in the late 1910s or the early 1920s and bear the markings of the Board of Missions of the Methodist Episcopal Church, South, or the “Centenary Commission, M.E.C.S.” The Centenary Commission raised funds for evangelistic and benevolent missionary enterprises in observance of the one-hundredth anniversary of the formation of the Missionary Society of the Methodist Episcopal Church in 1819. Extent: 2 boxes (.75 linear feet) [Boxes 2150A-B]. Collection MSA 52.

The Collection of Methodist Local and District Records includes reports, notes, and ledgers generated by local charges and districts of United Methodist Church predecessor denominations. Materials in the collection date from between 1837 and 1903. Most records document Methodism in Texas. Extent: 5 boxes (2 linear feet) [Boxes 1026A-D and 1724A]. Collection MSA 40.

The collection comprises copies of minutes of the Kansas, Missouri, and Texas Annual Conferences of the Methodist Protestant Church dating between 1920 and 1939. Extent: 1 box (.5 linear foot) [Box 1934A]. Collection MSA 41.

The Collection on Methodist-related educational institutions in Texas consists of catalogues, yearbooks, bulletins, and other print publications produced by or about high schools, colleges, and universities founded by predecessor denominations of the United Methodist Church. Extent: 12 boxes (9 linear feet) [Boxes 2037-2042 and 2136A-2138]. Collection MSA 29.

148(?) reels of microfilm collected by Wolfgang F. Michael during his career as a scholar and collector of primary and secondary sources on German Reformation drama. Extent: 5 boxes (4.5 linear feet) [Boxes 2079-2082]. Gift of Marian Michael, 1996. Collection BLA 30.

Rev. Richard Millsap served as a Methodist missionary in Cuba and as a minister in the Central Texas Conference of the Methodist Church and the United Methodist Church. Margaret Sone Millsap was a writer of children’s literature. She also wrote accounts of life growing up in China as a child of missionaries. Extent: 9 boxes (6.5 linear feet). Gift of Michael Millsap, 2020 (Accession 2020.03). [Boxes 904 B - 910 A and 2174 A]. Collection MSA 163.

The Moerner papers feature a notebook containing hand-written church records in German and English dating from 1908 to 1928, an autobiographical statement written 1934-35, and an essay “25th Anniversary of the Catechismen Class of June 9, 1912” written in 1937. The church records relate to charges that Rev. Robert H. Moerner served in Texas. The personal texts include editorial notes in red ink made by Robert Herman Moerner’s son, the Rev. Otto W. Moerner. The second folder in the collection contains a typed transcription of the autobiography. The third folder contains his Elder’s Orders certificate. Extent: 3 folders (.1 linear foot) [Box 1724B]. Acquired. Collection MSA 89.

This collection comprises four bound volumes of manuscript and typescript sermons and addresses written by the Rev. David Morton, D.D. (1833-1898).  Accompanying these writings are typed transcriptions of tributes to Rev. Morton and letters of condolence received by his wife, Hannah W. Morton. David Morton was a leading clergyman in the Louisville Conference of the Methodist Episcopal Church, South (MECS), an advocate of educational ministries, and the founding Secretary of the MECS Board of Church Extension. The David Morton papers document the ministry of a significant figure in nineteenth-century Kentucky Methodism. Extent: 1 box (.5 linear foot) [Box 1940A]. Gift of Daniel Morton, 1929-1931. Collection MSA 100.

Calendars, diary, and files dating from 1889 to 1937; Bishop Mouzon joined the Texas Conference in 1889, was a member of the fifth and sixth Ecumenical Conferences and an active participant in the Commission on Unification of American Methodism. Extent: 16 boxes (16 linear feet) [Boxes 260-275]. Collection MSA 16.

This scrapbook features news clippings, letters, and publicity pieces documenting the work of evangelist Abe Mulkey (1850-1919). Beginning in 1885 Mulkey preached at more than five hundred camp meeting and revival services throughout Texas and in twenty other states. Materials in the scrapbook date from between 1886 and 1899. Extent: 1 box (1 linear foot) [Box 466B]. Collection MSA 65.

The glass lantern slides in this collection contain both commercially and privately-produced images used for illustrating Judge William E. Muse’s lectures on his international travels during the first three decades of the twentieth century and other topics. Extent: 23 boxes (12 linear feet) [Room 6A: Closed Stacks]. Gift of Ethel Muse Gillespie, 1942. Collection BLA 33. 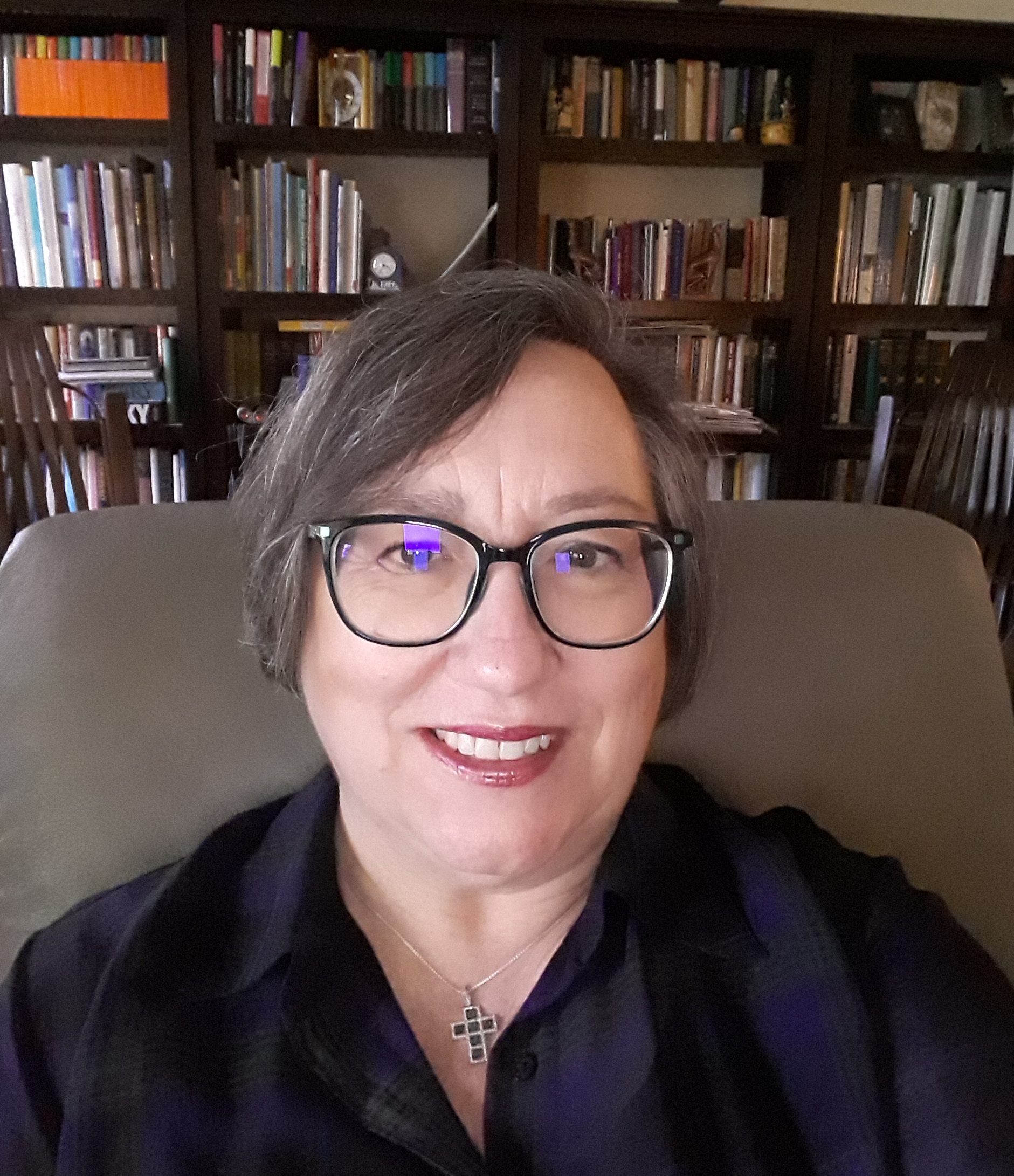 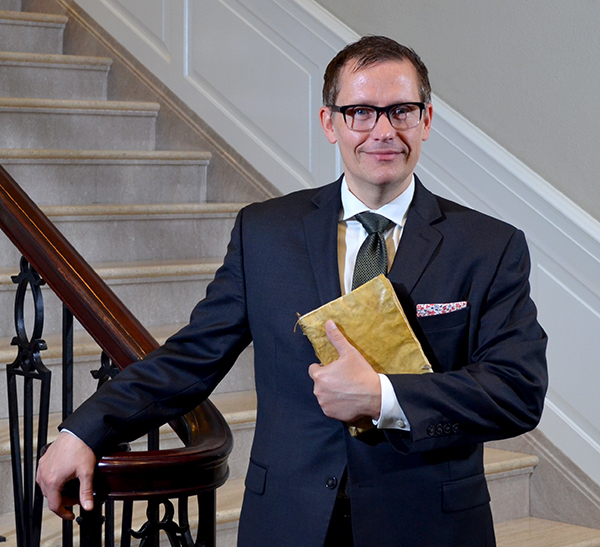